Would-be police officers must disclose all convictions and cautions, including those received as a child, the Court of Appeal has ruled.

This disclosure is “necessary in a democratic society” to prevent crime, three senior judges found.

The ruling follows the case of a woman who won a legal challenge after being rejected for a police job due to a reprimand for shoplifting as a teen.

South Wales Police had rejected the 24-year-old’s application in 2015.

In 2017, two High Court judges found the rejection of her job application due to the formal reprimand for stealing a £20 sarong from Primark when she was 13, was unlawful.

The woman, who cannot be identified, should not have been asked about reprimands when applying for a job as a service support officer, and it could prevent her from seeking other police roles, such as a constable or cadet, the Court of Appeal ruling said.

In their judgment, the High Court judges also declared that regulations requiring aspiring police constables to disclose spent convictions and cautions were incompatible with human rights laws, to the extent that they require them to disclose “low-level, historical cautions”.

The High Court granted the government permission to appeal against the declaration, but also ordered that the declaration should not take effect until after a Supreme Court appeal on similar issues had been heard. That has now concluded.

In the Court of Appeal ruling on Tuesday, Lord Justice Males, sitting with Lord Justice Underhill and Lord Justice Stuart-Smith, said the issue was only whether the law requiring an applicant for a police constable job to disclose any reprimand received as a child, was compatible with the European Convention on Human Rights (ECHR).

He said they were not considering how this information may be used when an application was being considered.

Allowing the appeal, the judge concluded the requirement for full disclosure by potential police constables of all convictions and cautions, including those received as a child, “is in accordance with the law” within the meaning of the ECHR.

Lord Justice Males said the requirement “is necessary in a democratic society for the prevention of disorder or crime or for the protection of the rights or freedoms of others”.

He also noted it will be “particularly important” that the police recruitment process makes clear that a reprimand received as a child is “not an automatic disqualification for appointment as a constable” and that all the circumstances of any reprimand “will be taken into account fairly” in any application.

“It is all the more important in view of the disproportionate number of reprimands issued to BAME (black, Asian and minority ethnic) children when compared to the population as a whole and the impact which the requirement of full disclosure may have on the vital social objective of recruiting a more diverse police force which commands the confidence of all sections of society,” he said. 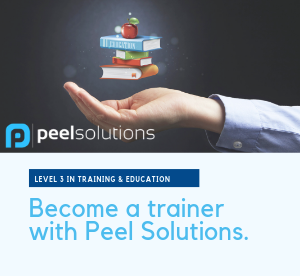